Classic songs from the late Whitney Houston performed with a full live band.
Following our previously sold out show, A Night of Whitney pays tribute to the most awarded female act of all time. Having sold 200 million records worldwide Whitney Houston is undoubtedly one of the greatest music artists ever. So we celebrate her with an evening of her greatest hits performed by a full live band. From I Will Always Love You to I Wanna dance With Somebody, hear all the hits delivered in full sound once again.
Whitney Houston released seven studio albums and two soundtrack albums, all of which have diamond, multi-platinum, platinum or gold certification. Her career spanned three decades until her passing in 2012.
TICKETS £12.00
MILES DAVIS’ KIND OF BLUE
SUNDAY 27th AUGUST19:00-22:30
It difficult to express the importance of this trumpeter’s/ composer’s influence to the world of jazz. Miles Davis’s career spanned over 5-decades and saw him introduce many major stylistic developments. He was born in Illinois, but much like a lot of other jazz greats didn’t find his footing within the world until he moved to New York in the 1940’s where he started performing with Charlie Parker.
In 1959 and now with Columbia Records, Davis recorded what is widely regarded as his most triumphant album Kind of Blue with his then working sextet. The album has gone to become the highest selling jazz album of all time, going quadruple platinum. It was further honoured by the house of representatives in December 2009 when they voted 409 – 0 in favour of naming the album as a national treasure.
TICKETS £10.00
BEAT OF BRAZIL PRESENTS DA LATA & PATRICK FORGE
FRIDAY 1st SEPTEMBER – 19:00-22:30
British born but with a distinctly Brazilian aesthetic, Da Lata is an afro funk group helmed by Chris Franck and the inimitable pioneer of Brazilian music and culture Patrick Forge.
Their comeback album Fabiola in 2013 marked 20 years since the duo came together and began redefining Afro-Brazilian music, fusing a raw dance-floor sensibility with elements of African styles from folk, rock and psychedelia to spoken word, soul and dub.
TICKETS £10.00 (Standing) – Tickets £20.00 (Restaurant)

TUESDAY 5th SEPTEMBER  –19:00-23:00
Immortalised into disco history by the one and only Larry Levan, The Joubert Singers is headed up by Phyliss McKoy Joubert, who penned the original version of Stand On The Word which has taken on a life of its own as a timeless anthem from the golden era of New York’s Paradise Garage in the 80s.
Now we have invited the choir for their first ever London show, where they will be playing all of the hits from their entire repertoire, as well as, of course, the undeniably epic Stand On The Word.
TICKETS £10.00

We will be hosting a tribute to the one and only soul legend that is Otis Redding. An undisputed legend of the game, Otis’ influence is still felt in today’s musical landscape; we present an evening where you’ll be able to absorb and appreciate the full extent of the man’s unrivalled genius.
Our club night Soul Power, showcasing the best in soul, funk, disco and rare groove, follows straight on from the end of the live performances at 22:30. Customers who have attended the live show are more than welcome to stay in the venue for the club night.
TICKETS £15.00 (Standing) – Tickets £30.00 (Restaurant)

“Without Tony Allen, there would be no afrobeat” Tony Allen
“Perhaps the greatest drummer who has ever lived” Brian Eno
There can be no disputing the fact that Tony Allen is a legend not just of afrobeat but of 20th century music as a whole.
We’re proud to present the launch of ‘The Source’, his new record on Blue Note Records, which showcases a set of original songs inspired by his hero, Art Blakey.
While American jazz – in particular the recordings of Blakey and Max Roach – had a big impact on Allen during his early musical development in Nigeria, the music of Africa was also hugely influential for Blake throughout his career.
In the late-1940s Blakey spent time travelling abroad in West Africa exploring the culture, religion, and of course, the drumming. Blakey later recorded several albums that were heavily influenced by African music including Orgy in Rhythm (1957), Holiday for Skins (1958), and The African Beat (1962), which featured the Nigerian drummer and percussionist Solomon Ilori.
TICKETS £20.00 (Standing) – Tickets £30.00 (Restaurant)
LEE SCRATCH PERRY

Grammy-winning reggae Icon Lee Scratch Perry’s name has become synonymous with experimentation and innovation both as a legendary producer and influential performer. After over 40 years, “The Upsetter” shows no signs of slowing down any time soon. He visits the Jazz Cafe with full live band and firing on all cylinders.
Lee Scratch Perry is one of the most important figures in the history of reggae music. As an artist, songwriter, innovator, performer, creator and especially a producer, Perry has been at the forefront of reggae music since the late 50’s ska movement. Cited by many as the inventor of dub reggae and the “scratch” turntable effect since used by DJs everywhere. He was also a seminal influence on the works of Bob Marley and shaped the machinery that became his celebrated sound.
Perry’s studio innovations made him such a sought after producer that he influenced not only reggae but also rock, punk, pop and dance music, having collaborated with such icons as The Clash, Junior Murvin and The Beastie Boys. Now back and with his unique sound stylings burning as brightly as ever, get ready and tighten up.
TICKETS £25.00 (Standing) – Tickets £35.00 (Restaurant)
A NIGHT OF STEVIE

Enjoy an evening dedicated to Stevie Wonder as a full live band play classics from the living legend.
The American musician, singer, songwriter, record producer, and multi-instrumentalist has been blind since shortly after birth, yet still became a child prodigy and has grown to become one of the most critically and commercially successful musical performers of the late 20th century. Wonder signed with Motown‘s Tamla label at the age of 11, and he continued performing and recording for Motown into the 2010s. Stevie Wonder has recorded more than 30 top ten hits and has received 25 Grammy’s. In 2013, Billboard named Steven Wonder number six in their list of 100 All Time Top Artists.
Come and enjoy an evening of classic songs from Stevie Wonder and hear hits such as Sir Duke, Isn’t She Lovely, My Cherie Amour, Superstition and so much more.
TICKETS £12.00 / £16.00
ROY HARGROVE
FRIDAY 13TH OCTOBER – 19:00-22:30
There’s an argument to say that Roy Hargrove is one of the greatest jazz trumpeters still kicking it on the live circuit.
Having won two Grammys, plus having played with Wynton Marsalis and Herbie Hancock and worked in the studio with the likes of D’Angelo and Nile Rodgers, his credentials really do stand up to the test.
Also the bandleader for The RH Factor, a forward thinking group who merged neo-soul, hip-hop, jazz and gospel together to staggering results, Hargrove’s place in the jazz pantheon is assured – here’s a rare chance to catch a global superstar up close and personal.
TICKETS £27.50 (Standing) – Tickets £37.50 (Restaurant)

One of funk and disco’s preeminent bands, Heatwave make an emotional return to their stomping ground at the Jazz Cafe following the death of one of the group’s legendary members in Rod Temperton.
With a set full of classics including ‘Boogie Nights’, ‘Always And Forever’ and ‘The Groove Line’, their show will once again prove to be one of the highlights in our calendar.
TICKETS £17.50 (Standing) – Tickets £27.50 (Restaurant)

Roy Ayers, also fondly known as “The Godfather of Neo-Soul” is simply a giant in the jazz world. Having been instrumental in the inception of both the acid jazz and jazz funk movements, his significance is well known today both in his own compositions (with hits including “Everybody Loves the Sunshine” and “Searchin”) and in rap music, having been sampled more than any other artist ever. It is truly an honour to welcome him to the Jazz Café.
TICKETS £25.00 (Standing) – Tickets £45.00 (Restaurant) 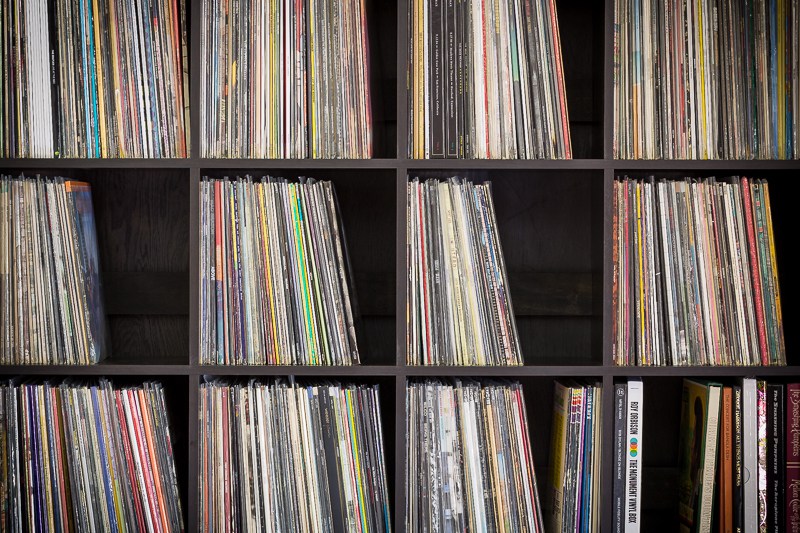 Our carefully selected music contains not only tracks from the vinyl vault but also forthcoming material from well known as well as new artists from around the world. The vaults are running 24/7 so why not check in and have a listen to help you through your working day or even perhaps if you're working long into the night. 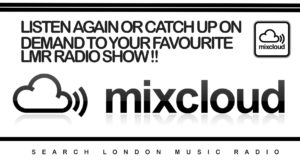 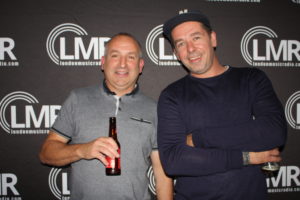 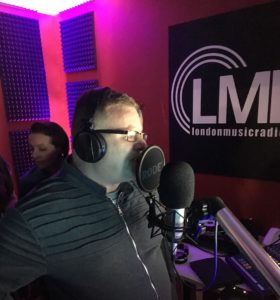 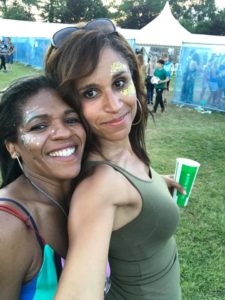