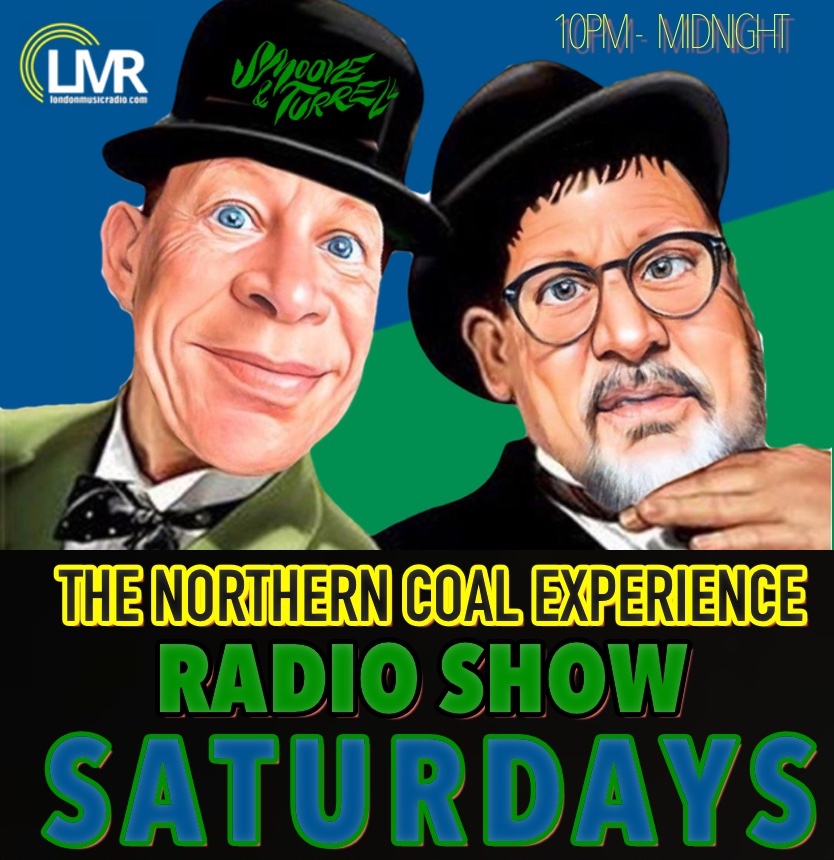 Smoove & Turrell began in the post millennium North East of England with a group of working class lads and a shared passion for soul. Smoove had met keyboardist Mike Porter through the local music scene in Newcastle and recruited him for his ‘Smoove Live’ project for the label Acid Jazz. Around Mike’s house one day they overheard a neighbour singing sublime melodies in his garage with friends which turned out to be none other than a young John Turrell practicing in a band called ‘The Stevies’. After a couple of further sessions ‘scouting’ him they finally knocked on the door and had a chat and hit it off straight away.

Their first track was the now classic ‘I Can’t Give You Up’ recorded at Mike Porter’s house as his Hammond Organ was immovably wedged in his utility room! This led on to the recording of their classic debut Antique Soul which was released in 2009 on Jalapeno Records.

It was in fellow soul head Craig Charles that they found their first radio champion as he supported them heavily on ‘The Craig Charles Funk & Soul Show’ which was a kick-starter for their assault on national radio eventually landing Radio 2 record of the week (twice) and a playlist on 6 Music for their debut album.

By the time their second album – Eccentric Audio was released the band had already been touring far and wide building up a loyal fan base helped by continued support from radio which culminated in two further playlists and a New Year’s Eve live session on Radio 2.  The band also picked up a lot of fans on the US West Coast with much success in TV & film after support on tastemaker station KCRW.

By the Broken Toys album their extensive touring and appeal across borders was recognised by BPI as they were awarded funding to assist with an extended overseas touring schedule.

Album number four Crown Posada was released in 2016 with socially conscious lyrics very much a centre piece of the themes explored and highlighting the divide between the rich and the poor and offering an insider’s look at what it’s like to grow up, live and raise a family in the North East.  The album gave the band multiple BBC Radio 2 playlist hits and numerous 6 Music Spins

2018 saw the Geordie soul crew return with a stunning fifth album Mount Pleasant, after the success of Crown Posada and 2019 then saw the band celebrating 10 years in the business with the release of “Solid Brass – 10 Years of Northern Funk” a retrospective of the biggest tracks from their blistering live shows with the added bonus of two new tracks – “I’m A Man” and “Give It Back”. A sell out Solid Brass tour saw them delivering a set of strictly the hits to rapturous reception.

The band returned in 2020 with “Stratos Bleu” their 6th studio album and one that continues to pair Turrell’s conscious lyricism with Smoove’s impeccable production. Keyboard player Mike Porter’s collection of analogue synths comes to the fore on the new album with a nod to the heady days of early 90’s clubbing which may be a surprise to some but in the context of this band as dancefloor favourites makes perfect sense.

Despite lockdown, the album scored the band their first official UK charts Number 1 (Dance Album Chart) as well as making a healthy dent in the Overall album Top 40. Alongside this they were given an Album of the Day accolade at BBC 6 music, cementing the fact that 6 albums in, their brand of gritty realism doused in dancefloor euphoria is more relevant than ever. The band will be touring Stratos Bleu throughout 2022 and are in the studio recording album 7.